Jerome Lawrence (born July 14, 1915) was a a celebrated American playwright and author. After spending his early career working as a journalist a various newspapers, Lawrence began working as a writer for CBS radio. He worked with his writing partner and fellow playwright Robert E. Lee for the Armed Forces Radio during WWII, and went on to have a very successful radio partnership with Lee for years to come. Lawrence began writing for the theatre in 1955 with Inherit The Wind, and founded the American Playwrights Theatre in 1965, in an effort to bypass the commercial nature of Broadway. This had a profound effect, ushering in the professional regional theatre movement that has continued to thrive in the United States to this day. Lawrence went on to co-write his best known plays Auntie Mame, which received a Tony Award nomination for Best Book of a Musical, and First Monday In October with Robert E. Lee. Lawrence continued writing well into his later years and teaching playwriting at the University of Southern California. 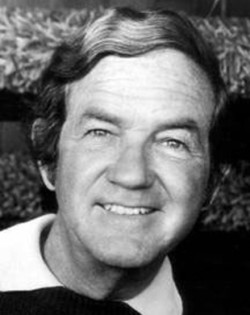