Kelsey is a performer and creator currently based in New York City. She grew up on a farm in Portland, Oregon where she rode horses and raised chickens. Originally a vocalist, Kelsey began acting in middle school and fell in love with the craft. She will graduate from NYU Tisch School of the Arts in May. Having received her primary training at the Stella Adler Studio of Acting, she is spending her last semester at Tisch in the film/TV studio Stonestreet. Before moving to the greatest city in the world, Kelsey did musical theatre in Portland and has extensive regional credits including Heathers (NW Premiere), Hedwig and the Angry Inch, and Avenue Q. During her time at NYU, Kelsey was a part of multiple productions including Tisch Drama Stage’s production of Promenade by Maria Irene Fornes, directed by Melissa Crespo. Kelsey is deeply committed to creating art that crosses barriers and connects us. 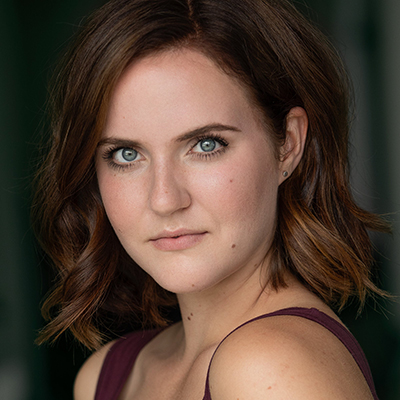