Paulina de la Parra is a Mexican actress now based in New York City, she started her acting career in her beloved Mexico City when she was 13 years old, participating in the original cast of Vive un Nuevo Musical as well as Elphaba in Wicked, Eponine in Les Misérables and Belle in Beauty and the Beast among others.

Since moving to New York some of her most recent work includes Tonya Pinkin’s Truth and Reconciliation of Womyn at the #HealMeToo Festival, Vocal Ease (Feinstein’s/54 Below) as a Lead vocalist and was part of the Manhattan Film Festival’s winning movie musical “Plus One”.

She graduated from New York Film Academy’s Musical Theatre Conservatory in 2017 and is a soon-to-be graduate of the Stella Adler Studio of Acting 2-Year Conservatory class of 2020.

Paulina is also heavily involved and passionate for charity work, traveling and making the world a more human and empathic one through art. Her goal is to portray Mexico (and Latinas!) in a positive light.

She is very excited and looking forward to start working on the next projects to come. 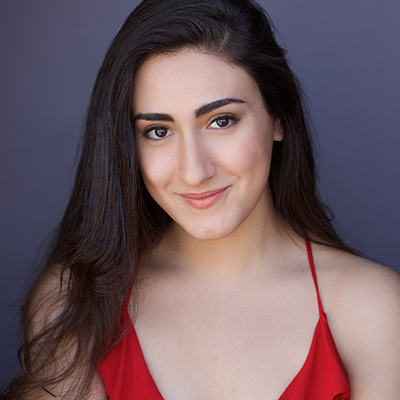