A story of courage and personnel sacrifice of an American doctor and the Japanese medical staff who risked their lives following the devastating earthquake, tsunami and nuclear disasters that struck Japan on March 11, 2011. Hikobae is a fictionalized story based on recorded interviews with physicians and nurses from Soma City Hospital, a medical center in the Fukushima evacuation zone. Proceeds from the production will benefit the Momo-Kaki Orphan Fund, which supports children who lost their parents in the disaster. The theater piece will be performed in English and Japanese, with subtitles projected behind the actors. 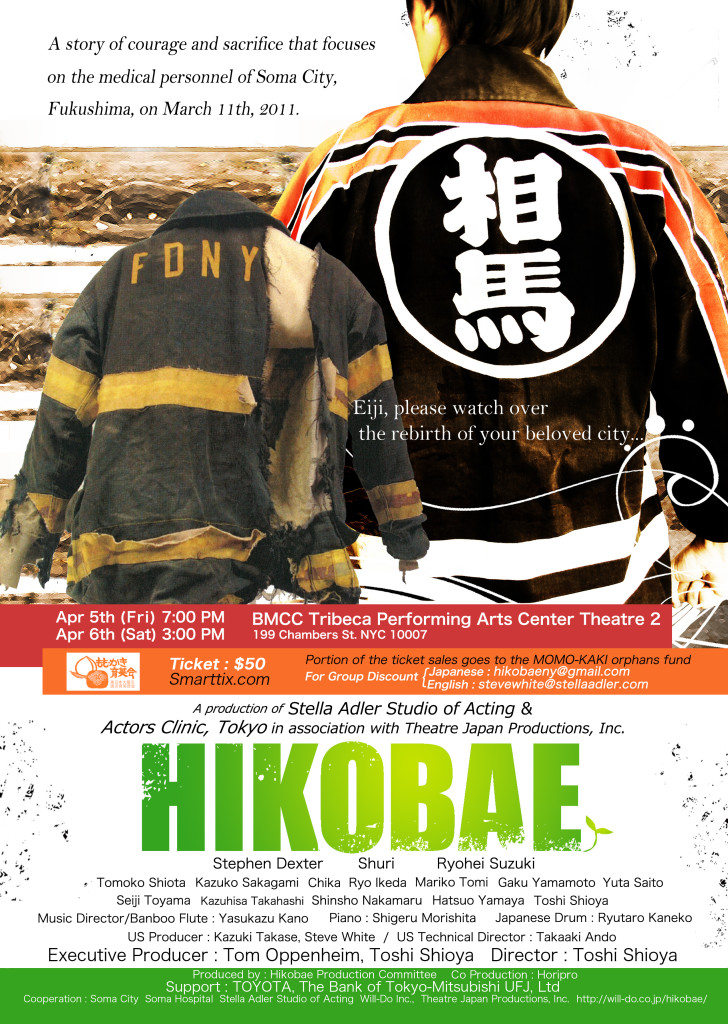