Since 2004 nearly 5,000 New Yorkers have been served. An ambassador program also allows conservatory students and alumni to serve as volunteers and apply their craft through the Division’s field work.

Arts Justice helps to fulfill the Studio’s mission to create an environment that nurtures theater artists who value humanity as their first priority by creating an environment for all students to become actors like Stella Adler and those in the Group Theater – actors who are socially and consciously aware and whose awareness contributes to their ability to act passionately. 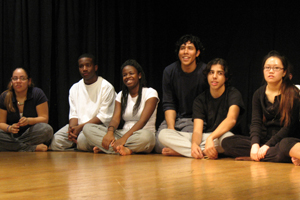