Mother Courage and Her Children

“Mother Courage” was first performed in Zurich in 1941 and is usually seen as Brecht’s greatest work. Remaining a powerful indictment of war and social injustice, it is an epic drama set in the seventeenth century during the Thirty Years’ War. The plot follows the resilient Mother Courage who survives by running a commissary business that profits from all sides. As the war claims all of her children in turn, the play poignantly demonstrates that no one can profit from the war without being subject to its terrible cost also. This lively production, conceived by director John Gould Rubin, will be set in a German Beer Hall with live music, beer & sausages for purchase, and will use a translation by Pulitzer Prize-winning playwright Tony Kushner.

Photos from the Harold Clurman Laboratory Theater Production of “Mother Courage and Her Children” by Bertolt Brecht,…

Posted by Stella Adler Studio of Acting on Tuesday, February 2, 2016

* APPEARING COURTESY OF ACTORS’ EQUITY ASSOCIATION. This is an Equity approved showcase. 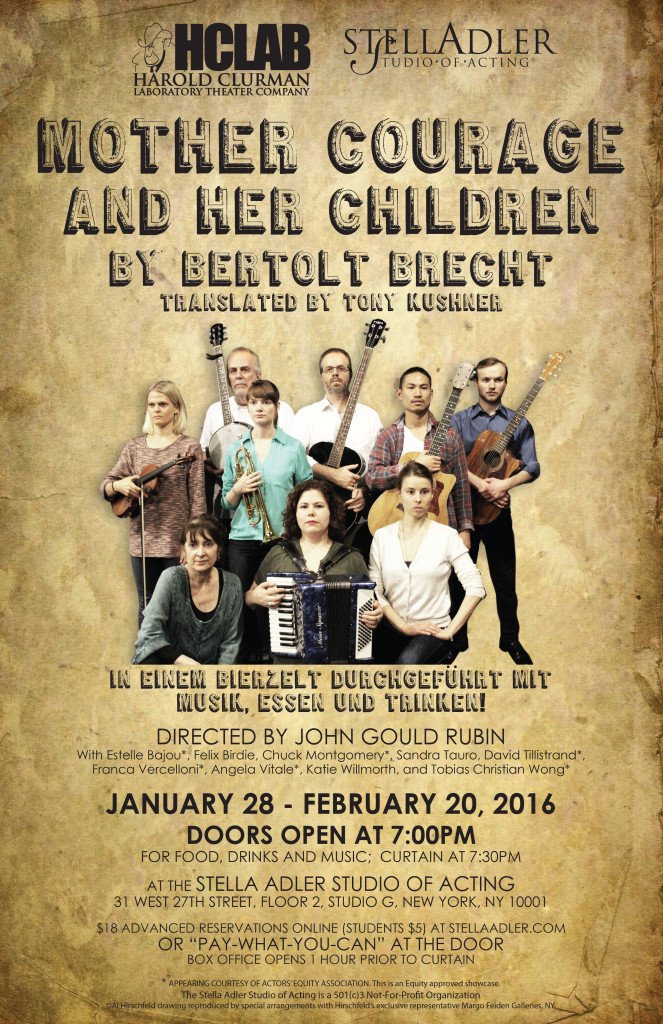