Emanuel Hirsch Cohen(June 1, 1915 – February 24, 2004) better known by the stage name John Randolph, was an American film, television and stage actor.He and wife Sarah Cunningham were blacklisted from working in Hollywood films and in New York film and television and radio after 1948. Randolph was one of the last blacklisted actors to regain employment in Hollywood films when director John Frankenheimer cast him in a major role in Seconds in 1966. Randolph was in the original New York stage productions of The Sound of Music, Paint Your Wagon, and The Visit. He won the 1987 Tony Award for Best Performance by a Featured Actor in a Play for his performance in the Neil Simon play, Broadway Bound. He made his last Broadway appearance in 1991 in Prelude to a Kiss.
In the 1970s he made three appearances as Cornelius “Junior” Harrison, father of Emily Hartley in “The Bob Newhart Show”. In 1975, Randolph was cast as General Philip Blankenship in “The New Original Wonder Woman” pilot. He was replaced by Richard Eastham in the television series. He had an uncredited role in the 1976 film All The President’s Men as the voice of Richard Nixon’s Attorney General John Mitchell. In 1979, he had a guest appearance with Ed Begley Jr. on “M*A*S*H”
This 1977 movie was nominated and won the Emmy for Outstanding Special – Drama or Comedy. In 1982, he appeared in a first-season episode of “Family Ties” as Jake Keaton, Steven Keaton’s father. In 1990, he co-starred in the NBC comedy “Grand”.
He appeared in an early episode of the television sitcom “Seinfeld” as Frank Costanza, George Costanza’s father. He was later replaced by Jerry Stiller. In 1995, the scenes in which Randolph appeared were re-shot with Stiller. The re-shot version is shown in syndication in the United States, the original version, with Randolph, can be seen outside the U.S. and on DVD.
He costarred with Alec Guinness, Leo McKern, Jeanne Moreau and Lauren Bacall, in the BBC production of A Foreign Field as a World War II veteran returning to France to find the woman he fell in love with. Among his most famous film roles was Chief Sidney Green in Serpico. He also played the father of Charlie Partana in Prizzi’s Honor and Clark W. Griswold, Sr. in National Lampoon’s Christmas Vacation. One of his last film roles was as Joe Fox’s grandfather in You’ve Got Mail. 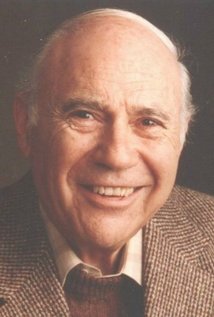