My time at the Stella Adler Studio gave me more than I could have dreamed as an actor and as a person. I was cracked open and put back together as a stronger being overall. I found my voice and a strength in my body and mind. I’m so thankful that I was steered by such amazing teachers and comrades. It was an amazing experience. – Danielle D. (Class of 2012)

My training at the Stella Adler Studio was life changing. I learned to appreciate humanity on a level I never even knew existed. I discovered that there is no end to discovery and that every human being and every moment can be experienced fully and differently from any other, because it is now. I never worked harder in my life, and it was painful, and exciting, and incredibly satisfying. – Adam H. (Class of 2011)

The first year of the program focuses on providing students with a foundation from which to grow through a firm acting technique, voice and speech work, movement and physical exploration as well as contemporary and classical scene work. Students will develop a facile and responsive body, a strong and clear voice, and clear understanding of acting technique. The first year ends with a rehearsal performance presentation of a play.
Classes: Acting Technique, Scene Study, Voice & Speech, Movement Technique, Improvisation, Neutral Mask, Shakespeare

The second year concentrates on applying the tools learned in the first year through intense contemporary and classical scene work, with continued voice and speech work, exploration of physical acting, and a stage combat intensive. The first semester of the second year ends with a rehearsal performance presentation of a play. Students have an ongoing class on preparing for the profession with renowned industry professionals and guests. The second year culminates with the performance of a play, industry meetings, assistance in creating a website & reel, and an opportunity to audition for the showcase.
Classes: Contemporary Scene Study, Acting Technique for Film & TV, Voice & Speech, Physical Acting, Business of Acting, Stage Combat, Shakespeare

Admission to the conservatory program is by interview and audition. Applicants must be 18 years of age or older, and must submit the following:

1. A completed Online Application Form.
2. Headshot and Resume
3. Two letters of recommendation, including the referee’s address and telephone number. The letters should be from teacher or persons who can supply a recommendation as to the applicant’s character and potential. Referees may be contacted directly.
4. A $65 non-refundable application fee (payable to Stella Adler Studio of Acting, Inc).

The audition should consist of two monologues, one classical and one contemporary, no longer than 90 seconds each. Phone Interviews and Video Auditions are acceptable, if necessary. Audition videos can be uploaded to a streaming service such as Youtube or Vimeo and then the link submitted through the Video Auditions Form. After the interview and audition have taken place, applicants will be formally notified by phone regarding their acceptance decision for the program. 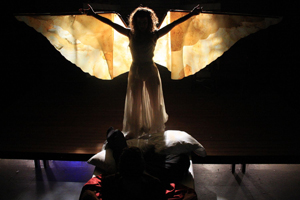