Robert Sterling, born William Sterling Hart, (November 13, 1917 – May 30, 2006) was an American film and television actor. After signing with Columbia Pictures in 1939, he changed his name to Robert Sterling to avoid confusion with silent western star William S. Hart. His name was legally changed while he was a second lieutenant officer attending flight training in Marfa in West Texas in 1943.
In 1939, he performed with Shemp Howard, of “The Three Stooges” fame, in the movie Glove Slingers, and in 1961, appeared with Moe Howard, Larry Fine & Curly Joe themselves in Fox Movietone News. In 1974 he also appeared in The 3 Stooges Follies. He also had the role of Steve Baker, opposite Ava Gardner as Julie, in the hit MGM 1951 film version of Show Boat. His other film credits included roles in Return to Peyton Place, Voyage to the Bottom of the Sea, and A Global Affair. Sterling reinvigorated his career, first with a club act with wife actress/singer Anne Jeffreys, and then becoming a fixture on television. He was cast in numerous dramatic roles in early television, when networks often televised live dramatic performances.
Sterling is perhaps most well known for starring with Jeffreys as the spirited George Kerby, to Jefferys’ Marion Kerby in the television program “Topper”, based on the original 1937 film of the same name. It aired on the CBS network from 1953 to 1955. Leo G. Carroll starred in the title role. Wife Marion Kerby was referred to as “the ghostess with the mostest”, while Sterling’s character was known as “that most sporty spirit”.
On December 18, 1957, Sterling and Jeffreys played a couple with an unusual courtship arrangement in “The Julie Gage Story” on the first season of NBC’s “Wagon Train”. In 1958, the couple co-starred in another comedy series, “Love That Jill”, on ABC. Sterling and Jeffries portrayed heads of rival modeling agencies in New York City. In the 1961–1962 television season, Sterling co-starred with George Chandler and Reta Shaw in CBS’s “Ichabod and Me”, a sitcom set in New England.
After some additional television work in the early 1960s, Sterling made only sporadic appearances in later shows such as “Murder, She Wrote”, and “Hotel”. He had also guest starred in the hospital drama “The Bold Ones” in 1971, the sitcom “The Brian Keith” Show in 1974, and the miniseries “Beggarman”, Thief in 1979.
Sterling’s star on the Hollywood Walk of Fame is located at 1709 Vine Street. 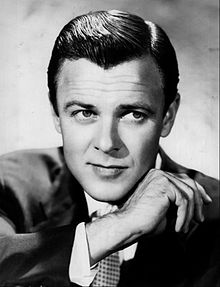